Over the past 24 hours, the bitcoin price has regained after two significant fluctuations, rebounding to $15,000 across all major bitcoin markets including the US and Japan.

Julian Hosp, cryptocurrency entrepreneur and the founder of TenX,  thinks that the price of bitcoin will likely move beyond $60,000 by the end of 2018, according to CNBC. He is sure that the bitcoin’s rapid rise is still under way, but there is a catch.

Many high-profile critics and several national governments have warned of the risk connected with investing in cryptocurrencies. They believe cryptocurrencies are likely to crash as their value is pegged to nothing.

For example, Jeremy Epstein, the CEO of Blockchain startups marketing firm Never Stop Marketing, thinks that the price of bitcoin could go up to $18,000 before the end of 2017. “Like anyone, I’ve been mega-surprised by how quickly bitcoin has hit the mainstream,” he said. “As far as the price goes, I tell everyone the exact same thing. It’s not about a year price horizon. It’s about a 5-year price horizon and there’s a 50-50 chance.” Epstein added that investing in cryptocurrencies is “a coin toss between huge success and total failure.”

After hitting record high of $20,000 on December 17th, 2017, bitcoin’s price collapsed last Friday. The currency lost a third of its value in one day. It fell for awhile below $11,000 and started regaining. For some people this fall was beneficial as they used it to buy a little more currency.

On Tuesday, bitcoin’s price made up $16,485, according to the CoinMarketCap. Hosp is sure that bitcoin will fall again. He said: “Definitely. I don’t think right now, but I think in the long run, we will always see a little bit of an up move, and then a dip down.”

In mid-December there were numerous high bitcoin price predictions, many of them pointed to levels that are impossible to imagine. Standpoint Research founder Ronnie Moas saw the cryptocurrency skyrocketing to the $300,000 to $400,000 level.

Hosp compared the current interest in bitcoin with attention to the dotcom bubble that started about 20 years ago. He expects strengthening of digital coins in the future.

Hosp didn’t give his opinion on which cryptocurrency is the most durable, but he said their number will decrease due to the market’s compression.

“I see bitcoin more as digital gold,” he said, “rather than a currency that is going to be used on a daily basis.”

Daria is an economic student interested in the development of modern technologies. She is eager to know as much as possible about cryptos as she believes they can change our view on finance and the world in general.

On Thursday, August 6, BTC has stopped growing, waiting for new catalysts. It is generally trading at $11,745.

According to Pompliano, Bitcoin already represents a digital version of gold. Comparing gold and Bitcoin markets, Pompliano noted that the later will eventually become a bigger one.

Bloomberg suggests that Bitcoin price is sixfold that of gold per ounce. It further cited that Bitcoin is undervalued under prevailing conditions. London, United Kingdom
At Coinspeaker we use cookies in order to improve site performance, offer you a better browsing experience and enable you to easily share content.AcceptPrivacy policy
X
Wait
Seconds
X 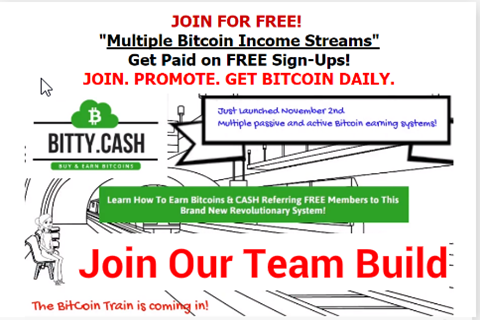